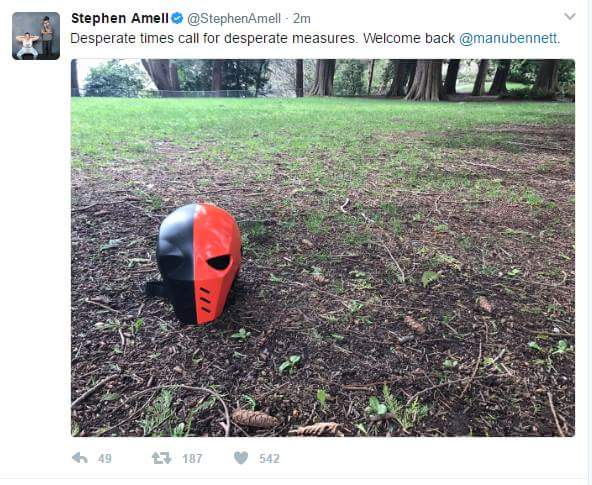 Not just Slade Wilson, but more specifically Manu Bennett? Could this be a setup to a potentially action packed season finale of Arrow?

Stephen Amell who portrays Oliver Queen, tweeted a pic featuring the Infamous Deathstroke mask with the caption “Desperate times call for desperate measures. Welcome back @manubennett”. Could this mean that Oliver Queen will go to the A.R.G.U.S. maximum security prison on Lian Yu and recruit Slade Wilson (played by Bennett) to help him deal with the homicidal Adrian Chase/Simon Morrison/Promethius?

This season has been loaded with action and I for one would love to see Slade both suited and mirakuru’ed up.