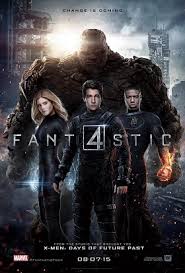 Yes not only did you read the headline of this story correctly, but also that is a photo to remind you of that GOD AWFUL remake from back in 2015. Oh but guess what? That’s not the end oh not by a long shot.

According to Bleeding Cool, 20th Century Fox has Seth Grahame-Smith working on a new treatment for yet another Fantastic Four movie.  As every comic book fan knows by this point, Fox must keep producing Fantastic Four movies if they want to hold on to their film rights.  As such, the studio is reportedly going to try one more time after two scorned attempts, including Josh Trank’s ill conceived 2015 reboot.

The new wrinkle according to BC is that Fox is now looking at making a Fantastic Four kid-friendly movie  that’s similar in concept to The Incredibles.  They specifically add that their sources tell them that the new story will be told through the eyes of the children of Mister Fantastic and the Invisible Woman – Franklin and Valeria Richards.

If Smith’s name sounds familiar, it’s because he did a bit of work on the script for the 2015 reboot but his contributions ultimately went uncredited as Trank elected to write his own screenplay.  While the 2015 film starring Michael B. Jordan and Kate Mara didn’t work out the way anyone planned over at Fox, it seems the studio liked Smith enough that he’s receiving another shot at finding the right formula for the superhero family that was once the cornerstone of Marvel Comics.

THIS JUST HAS TO BE STOPPED LIKE SERIOUSLY! ! ! How many times can they get Dr. Doom wrong??