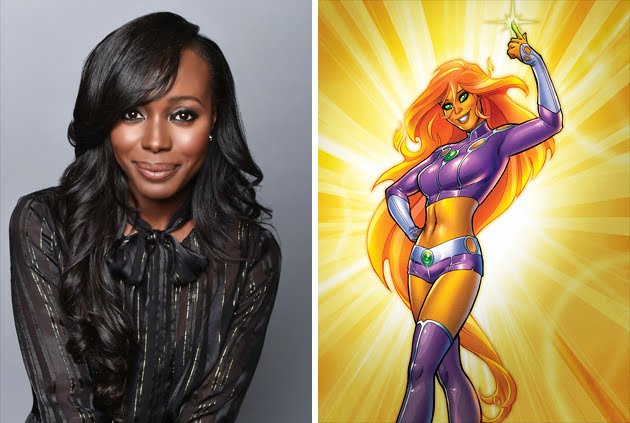 The upcoming Titans series is getting more of its heroes and stars. 24: Legacy alumna Anna Diop has landed one of the leads, the series-regular role of Starfire. The new live-action series Titans, from Arrowverse mastermind Greg Berlanti, Akiva Goldsman, Geoff Johns, Sarah Schechter and Warner Bros TV. She joins Australian newcomer Teagan Croft, who was cast as another lead, Raven, in the series that’s slated to premiere in 2018 as part of the inaugural slate of a new DC-branded direct-to-consumer digital service.

Written by Goldsman, DC Entertainment’s Johns and Berlanti, Titans follows a group of young soon-to-be superheroes recruited from every corner of the DC Universe. In the action-adventure series, Dick Grayson emerges from the shadows to become the leader of a fearless band of new heroes that includes Starfire, Raven and others. Dick Grayson who is Robin in the Teen Titans series has not yet been cast or maybe he has and it has not been announced.

Now a bit of backstory on Starfire (aka Koriand’r), she is an alien princess from a warrior planet who seeks asylum on Earth. A no-nonsense, take-no-prisoners stranger on our world, she has the ability to shoot energy bolts and fly. Searching for her place on Earth, she’ll come into contact with the Titans.

Many people have been curious as to whom the full team will be given that Cyborg, who is seen in the current Teen Titans Go series will be a prominent member of the DC Justice League movie in November.