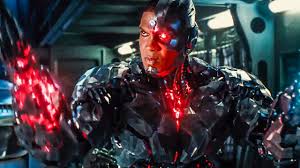 The official countdown to DC’s Justice League is on and we are getting tidbits here and there to hype up the film as a whole.

Now AT&T has teamed up with Warner Bros to give us a look at some of the characters. Cyborg also known as Victor Stone, as played by Ray Fisher in Zack Snyder‘s upcoming live-action feature, the half-man, half-machine character is finally getting his share of the spotlight.

Fisher is breaking down the superhero and giving us some back story. This will be a bit of help for those unfamiliar to the character or have not seem him on the animated series Teen Titans or Teen Titans Go!