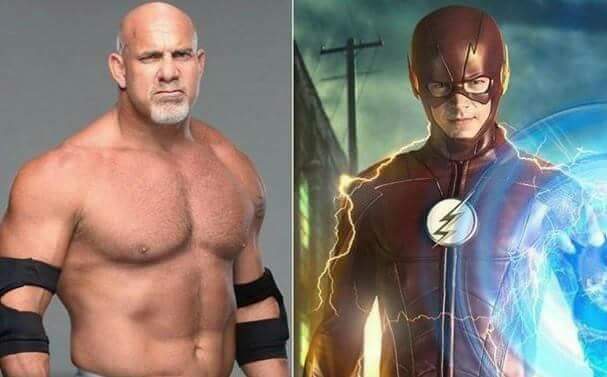 Could the scarlet speedster become the victim of a jackhammer? This is a question we will get the answer to because the WWE’s own superhero, Goldberg will be appearing on two upcoming episodes of CW’s The Flash.

The former WWE Universal Champion confirmed this himself via his Twitter.

Goldberg is not the first WWE Superstar to grace the ARROWVERSE. After his Summer Slam encounter with Arrow’s Stephen Smell, Cody Rhodes appeared on the show as the character Stardust (a nod to his WWE persona at the time).

Does this mean that Goldberg will potentially one of the new Metahumans created by the dark matter that struck the bus as part of a grand scheme by The Thinker? Will he be an adversary for Team Flash or Will he be a new barista at Jitters?

Guess we all just have to wait and see.