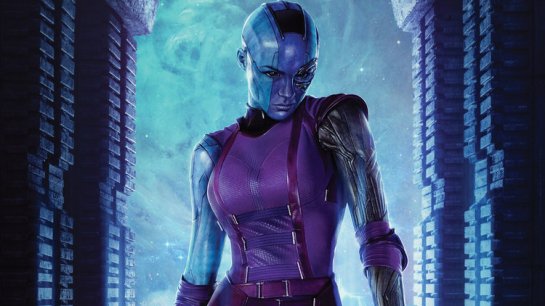 There has been talk of not only getting solo female driven Marvel films but now a team up of all of the strong women in the MCU. The first charge had come from Tessa Thompson now Karen Gillan who portrays “Nebula” has spoken out.  Jaren has recently recounted the story of when she teamed up with a group of them to confront Kevin Feige to make one:

“Brie Larson was like, ‘We should go up to Kevin Feige and tell him to make an all-female Marvel movie,’ so we marched up there in a group, a whole herd of us, and said that to him. He was like, ‘Yeah, that would be amazing!’ but he didn’t really commit to it, but he thought it would be a great idea. Look at the success of Wonder Woman. It’s clear we all want that.”

In this day and age it is TOTALLY a possibility that Marvel would be willing to jump over this idea and head honcho Kevin Feige has said that it’s a possibility.  The biggest issue seems to be how would it all play out. Now should the concept get decided to be executed  one of the best options would be to focus on Lady Liberators, which is an all-female team in the comics with characters that have included Valkyrie, Wasp, Black Widow and Scarlet Witch. There are more characters that include She-Hulk, Storm, Tigra, Hellcat, Spider-Woman and more.