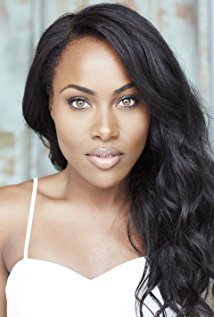 Captain Marvel’s cast lineup is getting more and more intense with each announcement. This is one that does not slow down that excitement.

Netflix and Spike Lee’s She’s Gotta Have It star DeWanda Wise has found herself within the Marvel Cinematic Universe and landed a co-star role opposite Brie Larson in Captain Marvel. Wise is now added to a list of heavyweights in the film that include Brie Larson, Samuel L. Jackson, Jude Law and Ben Mendelsohn.

Wise takes on the role just as Netflix renewed for a second season She’s Gotta Have It, the series adaptation of Spike Lee’s breakthrough film about a woman, Nola Darling who isbalancing a life with three lovers. This is turning out to for sure be a Happy New Year for Dewanda Wise

Who are hoping that she is playing and how pumped up are you?