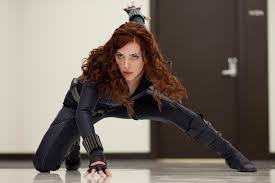 The idea of a Black Widow solo film has argued on both sides of the coin whether it could or should be done. Many have  wondered can the Avenger deliver without any assistance while others have said firmly “ABSOLUTELY”. Well now it looks as if Scar Jo may be getting the chance to show the former spy in action on her own.

Word around the campfire is that Marvel has tapped Jac Schaeffer to pen the screenplay. The Black List alum is the writer behind Nasty Women, as well as the upcoming Dirty Rotten Scoundrels remake starring Rebel Wilson and Anne Hathaway. So this script is in good hands.

Scarlett Johansson debuted as Natasha Romanoff,  Russian spy-turned-S.H.I.E.L.D. agent a.k.a. Black Widow, in 2010’s Iron Man 2. Ever since, she has become one of the MCU’s most important assets, with Johansson starring in six films, including the highly-anticipated Avengers: Infinity War, which opens May 4.