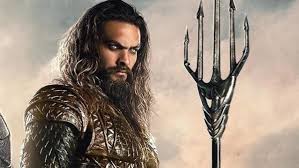 The next upcoming film within the DCEU is the Jason Momoa led AQUAMAN has begun its initial test screenings. Now in some instances those can lead to heavy reshoots and restructuring of a film. But in this case the feedback has turned out to be surprisingly positively.

Now according to The Tracking Board editor, Jeff Sneider and The Wrap’s Umberto Gonzalez  it seems as if there has been a lot of good things about the DC Comics adaptation according to  early test screenings. “I heard it was great, man,” Gonzalez claims, he points to this potentially being a much needed turning point for DC, “Someone else told me it was a palette cleanser for them, for DC, what’s happened with the Zack Snyder films. So high hopes for that one and Shazam.”
“I heard that it plays like an Indiana Jones movie and that the action puts Wonder Woman and Justice League to shame. That is what I heard,” Sneider says as he goes into praising James Wan and pointing out that the underwater scenes could be why people seem to love the unique action scenes.

Now truth be told these are only a few and don’t represent everyone. HOWEVER, there are others that have been rather positive as well. But also never let us forget that at he Justice League premiere, AQUAMAN director James Wan tweeted out that he would not be using the same type of method to show speaking underwater in his film and that could be one of the most positive upswings.

Let us know what you think. Are you happy to hear about the early positive test screenings.