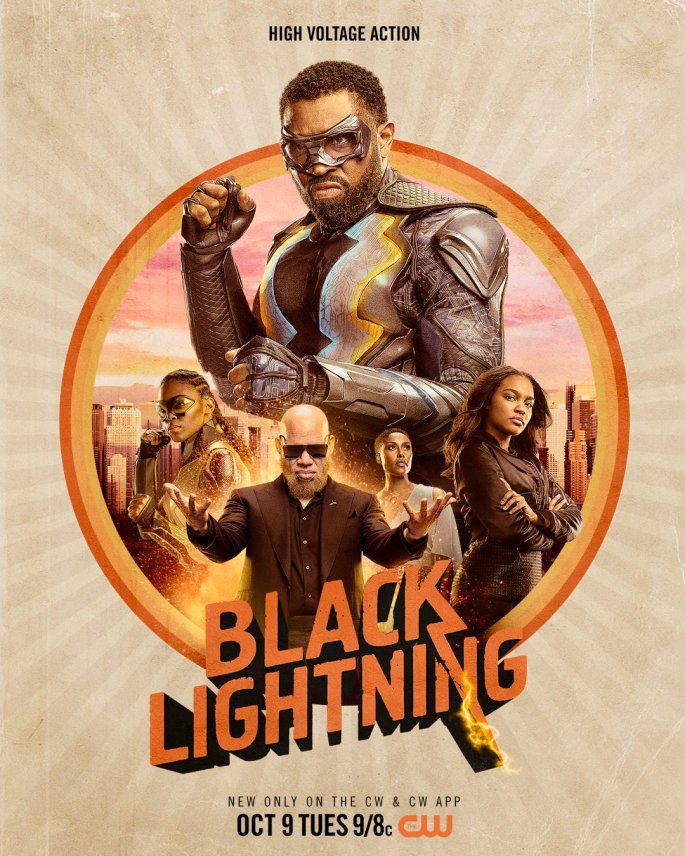 The first poster to promote the second season of Black Lightning has dropped and it promises to deliver “High Voltage Action”.

Prominent in the poster is Cress Williams as Jefferson Pierce aka Black Lightning along with his two daughters, Anissa Pierce (Nafessa Williams) aka Thunder and Jennifer Pierce (China Anne McClain) aka Lightning, his ex-wife Lynn Pierce (Christine Adams) and his rival Tobias Whale (Marvin Jones III aka ‘Krondon’).

Another interesting thing is that it seems as if Black Lightning has a new superhero uniform. It seems more streamline as opposed to season ones suit. Many however are still waiting to see if Jennifer will officially suit up at Lightning in the sophomore season.

Black Lightning returns to the CW on Tuesday October 9th.