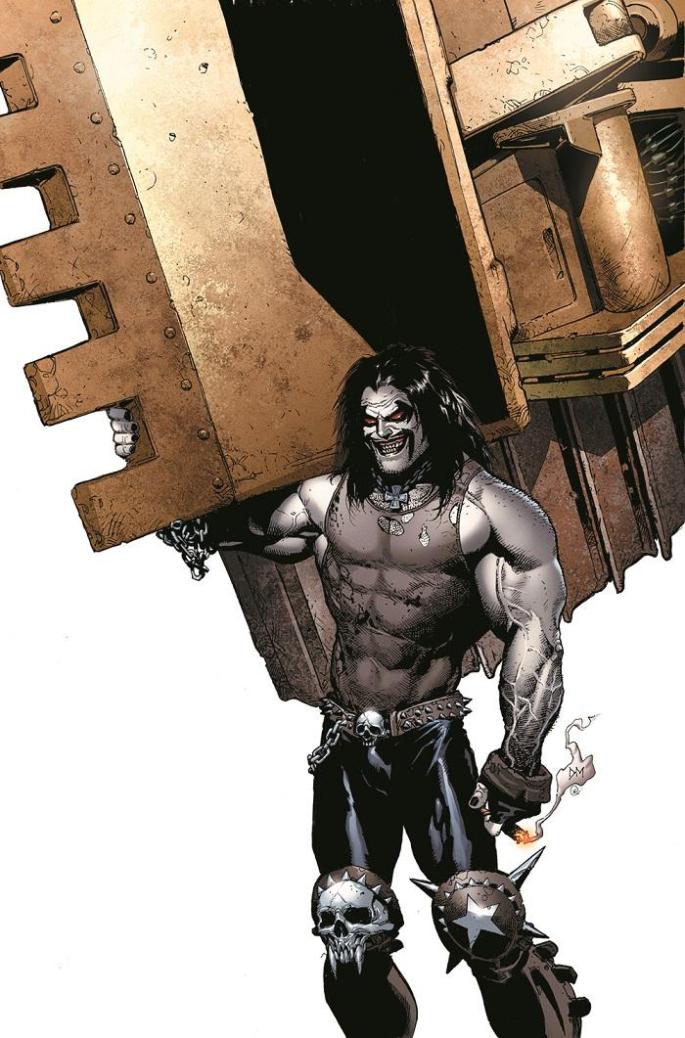 When it’s was announced a this year’s San Diego Comic Con that the SYFY series, Krypton would be adding the bounty hunter the “Main Man” known as Lobo. Many were both excited and even wondered would it fully come to fruition. Now we have that answer as we have the official announcement as to who will portray the intergalactic bounty hunter.

Today, it was announced that Irish actor Emmett J. Scanlan will be the man bringing the universe’s last Czarnian to life.

For the sophomore season of Krypton Lobo will be a ruthless bounty hunter who murdered his entire species, and who possesses a genius level intellect when it comes to matters of warfare, making him a deadly adversary. Imbued with superhuman strength and virtually immortal, Lobo will keep coming until the job is finished. His word is the only thing Lobo holds sacred; and although he’ll never violate the letter of an agreement, he might disregard its spirit from time to time!

Well for comic book fans who may habe berm nervous That his origin or who he is would be changed or wors it seems they are staying true to Lobo’s comic book version . Lobo was born into the utopian society of Czarnia, but left after wiping out his entire race. Since then, he has worked as one of the universe’s most effective, relentless and violent bounty hunters. Part of what makes him so good at his job is his ridiculous power set. The guy has super strength that rivals Superman’s (and let’s not forget, in Krypton, Superman doesn’t yet exist), plus he has powerful regenerative healing and is essentially immortal. And that’s to say nothing about his practical skills. Lobo is one of the best brawlers in the universe, as well as an excellent tactician.

Lobo has been known to be an ally at times to Superman same many other Justice League members. But on Krypton, Superman does not yet exist.  It is the story of his grandfather Seg-El (played by Cameron Cuffe), it will be very interesting to see the tale in which they put on the character as far as his allegiances and whomhe is hunting goes. This is also the first time in which the character will be introduced to the LIVE action world.