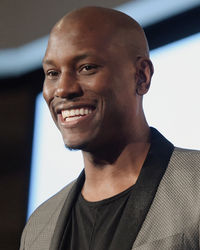 It seems as if Fast and Furious star Tyrese Gibson is heading into Sony’s spin-off Spider-verse. He is currently in talks to join Jared Leto in the upcoming Morbius movie.

Details as to whom Gibson will be portraying are currently undisclosed but the Daniel Espinosa directed film is seemingly getting more star power having just recent added actor Jared Harris to the cast.