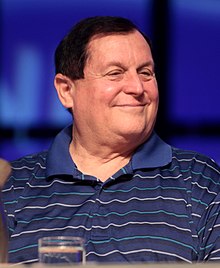 Burt Ward who is best known as being the first live action boy wonder, Robin in the 1966 Batman with the late Adam West as Batman has been confirmed to appear is the annual CW arrowverse crossover CRISIS ON INFINITE EARTHS.

As first broken at San -Diego Comic Con during the BATWOMAN panel It is not known yet. as to who he will portray or what episode he will be in.