It is hard to believe that anyone thought that the upcoming JOKER movie starring Joaquin Phoenix would get any other rating than R. Now it is officially confirmed to be an R-rated film and a HARD R at that. The films rating was given by the Motion Picture Association of America.  According to the movie’s official website, the Clown Prince of Crime’s first solo movie will feature, “Strong Bloody Violence, Disturbing Behavior, Language and Brief Sexual Images.”
It has been constantly going around that the Todd Phillips directed film would be aimed at a much older movie as this is not the ordinary comic book movie. One of the main things that has been said is that there will be “disturbing behavior”. So on top of what we have seen in the trailers that give off the vibes a lot of weird stuff will happen.

A new still from the film has been released and it is more of Joaquin in the makeup, which is not a bad thing at all. If these photos showed us more Arthur Fleck than Joker there would be an uproar. 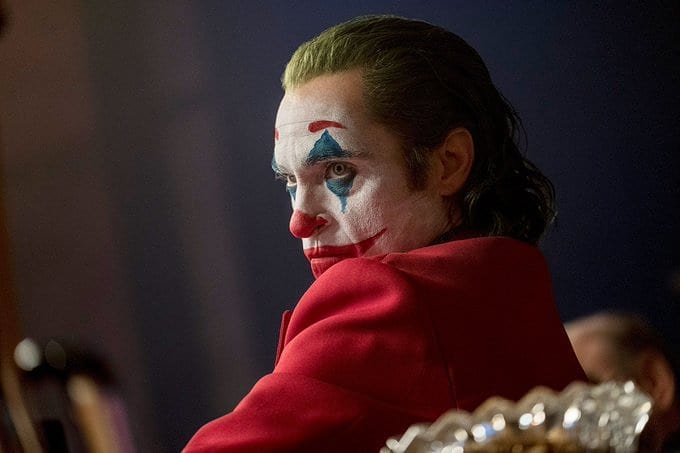 Keep in mind a new trailer will be dropping at the end of the month as well.