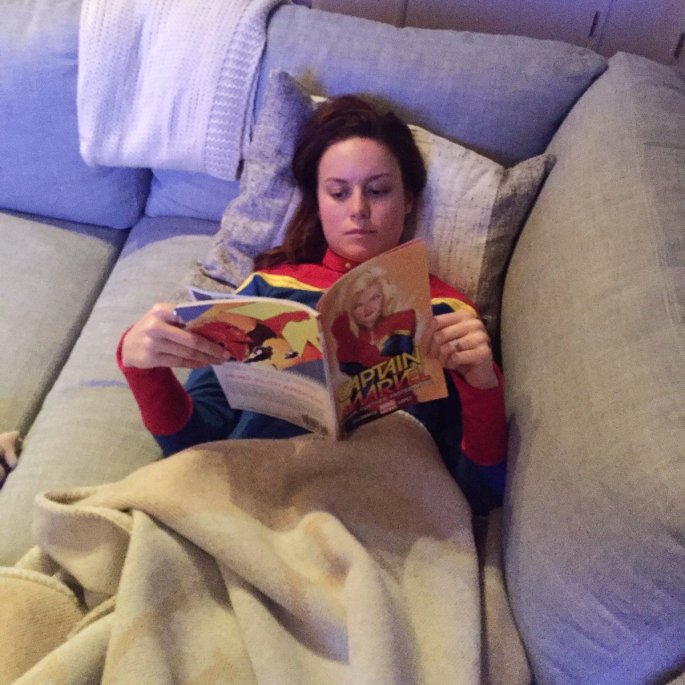 Looks like Academy Award winner and recently announced super heroine Brie Larson is taking her next role as Marvel’s “Captain Marvel” rather serious.

The Academy Award-winner has already started reading up on Ms. Danvers. Earlier this past Saturday afternoon, Larson shared a fun photo on her Twitter account revealing her spending her Saturday reading up on the adventures of one of Marvel’s most powerful characters in what looks to be the Captain Marvel Volume 1: Higher, Further, Faster, More trade paperback while also seemingly sporting a Captain Marvel jacket

This could be the start of something rather MARVELOUS.