The resident Super Villain, Jay Washington is here with his review of Marvel Studios AVENGERS ENDGAME. Jay brings along a familiar face in Winston A. Marshall. Together they go in-depth and break down the highlights and the emotion and even many of the comic book Easter eggs throughout the film.

WARNING THIS IS SPOILER HEAVY so if you dont want to cry about “awww man, why’d you say that happened” then wait to watch this.  Otherwise watch and enjoy and be sure to like and SUBSCRIBE to Jay’s Youtube channel

There have been so many rumors circulating about but at three hours and two minutes Avengers: Endgame will NOT have an intermission.

During a recent interview, Marvel Studios President Kevin Feige confirms that while the Infinity War sequel clocks in at over 180 minutes, there’s a good reason for that and fans should be aware that there may not be a good moment to miss even a few seconds!

So now that means you either need to do the aformentioned and get a catheter put in or have a bottle on standby  or even invest in an adult diaper. Either way this is not the first major blockbuster to clock in over the three hours and people have stayed throughout the films then, so why should it be different now.

Higher, faster, further at the box office is what can be best used to describe what Captain Marvel has done.  It has now become the seventh movie in the MCU to cross the one billion dollar mark as of last night. The movie has taken in $358.1 million in the US and $644.5 million overseas, bringing it just over the line with $1002.6

This is an impressive feat no matter how you look at it. With Avengers Endgame right around the corner it is likely to follow suit as well crossing that box office mark for Marvel Studios.

What’s your thoughts on Captain Marvel reaching this threshold? 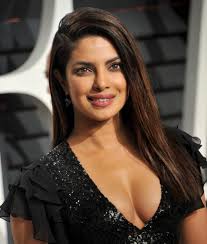 The Marvel Cinematic train heading into phase 4 after Avengers Endgame. First there are the talks of Angelina Jolie coming onboard The Eternals. Now is seems as if Indian actress, Priyanka Chopra is potentially in talks for a future MCU movie, according to  Avengers: Endgame  co-director Joe Russo.

While on a stop on the Endgame press tour, Russo spoke with the Hindustan Times. There russo named Chopra as the Indian actor he wants to work with in the MCU, and apparently, things are already in motion to bring her into the superhero franchise with Marvel Studios in talks with her for a potential role.

“I’d love to work with Priyanka. I’m smiling only because we’re potentially talking to her about something, I’m just not going to say what yet,”

Russo also said  that they purposefully wanted the South Asian nation to be a stop on the press tour considering the growing number of passionate fans in the country.

It’s been a year since half the universe was snapped away and the rest of us were left in total shock. We only knew of a few heroes who made it but we were not sure of others. Now thanks to new Avengers Endgame posters we know exactly which ones fell and which ones will Avenge.

Marvel Studios released a new series of posters all with the caption “Avenge The Fallen” those who will fight are in full color and those who became coffee grinds. Check them out below.

Here are the individual ones as well.

The countdown is on to defeat Thanos. Marvel Studios released their official trailer to the grand culmination Marvel Studios Avengers: Endgame.  We see more of the gravitas of the utter despair and destruction caused by Thanos at the end of Avengers:Infinity War.

We see the remaining Avengers once again reflect on what they have lost after the snap heard throughout the universe and even see some life events various members of Earth’s mightiest heroes were living through. One in particular being Jeremy Renner’s, Hawkeye training his daughter to become an archer like her father. The loss of her along with the rest of his family are what change him from Hawkeye to Ronin.

Also Brie Larson’s, Captain Marvel joins the fight against Thanos, the arrival of the quantum suits and much more. Check out the trailer below and give your thoughts.

Super bowl Sunday will bring some of the most anticipated trailers and to start off with this is how you kick off an event.  We got a new teaser for Marvel Studios Avengers:Endgame and this time we see whats left of the heroes coming together to fight back.

Marvel’s Agents of S.H.I.E.L.D. is making its return for its shorter sixth season. After is recent season many people were wondering the fate of Phil Coulson (Clark Gregg) and it seems that the first trailer for the new season might have some answers or just make things a bit more confusing. Because it seems that one minute we get a hologram version of Coulson, then towards the end…..well you have to check it out for yourself.

According to the trailer there seem to be no reference to any of the events of Avengers: Infinity War or Avengers: Endgame but the team is dealing with threats from many aliens as well as powered individuals.  Coulson is also set to appear in Captain Marvel before the arrival of this new season.

Fitz is still frozen in space and the team is searching for him and so much more. Even with a short season we can expect to see A LOT of action and a cliff hanger as the seventh season has already been announced.

The day has finally arrived. Many have been clamoring and waiting for it and now we have the first official trailer for Avengers ******** (you’ll get the name later)

As you can tell the official name for the film is Avengers: Endgame, which many on the internet guessed a while back. Even as early as right after Avengers: Infinity War. Check out the official poster below.

Also it must be noted that the official release date has been pushed up to April 26th. Similar to what was done last year with Avengers: Infinity War