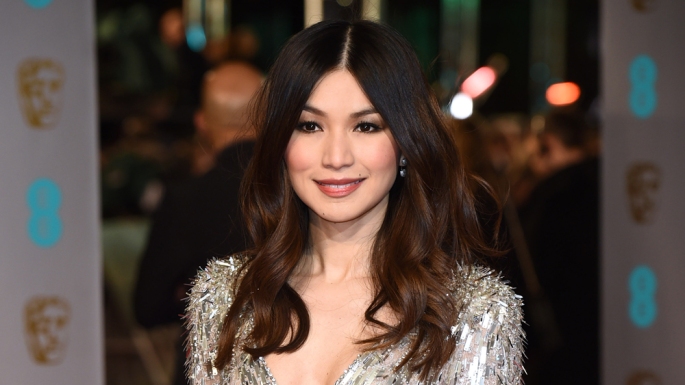 The cast lineup of the upcoming Marvel Studios Captain Marvel starring Brie Larson is garnering more and more hype for the film. This announcement just keeps it going.  Humans star Gemma Chan is set to play Minn-Erva in superhero movie. Now in the comics-verse, Minn-Erva (aka Doctor Minerva) is a Kree geneticist and spy.

The plot and even basic details are being kept quiet for the first female-led MCU superhero film.  We do know that It will center on Carol Danvers (Larson), an Air Force pilot who has her DNA was fused with that of an alien during an accident, the resulting alteration imbued her with the superpowers of strength, energy projection and flight.  now this will be interesting as well because Minn-Erva has similar powers to that of what Danvers obtains.
Other announced cast members of Captain Marvel include Jude Law, Samuel L Jackson, Dewanda Wise and Ben Mendelsohn who is said to be the lead villain. Captain Marvel is set in the 90s prior to all of the other MCU films. It is set to be released in theaters on March 8, 2019 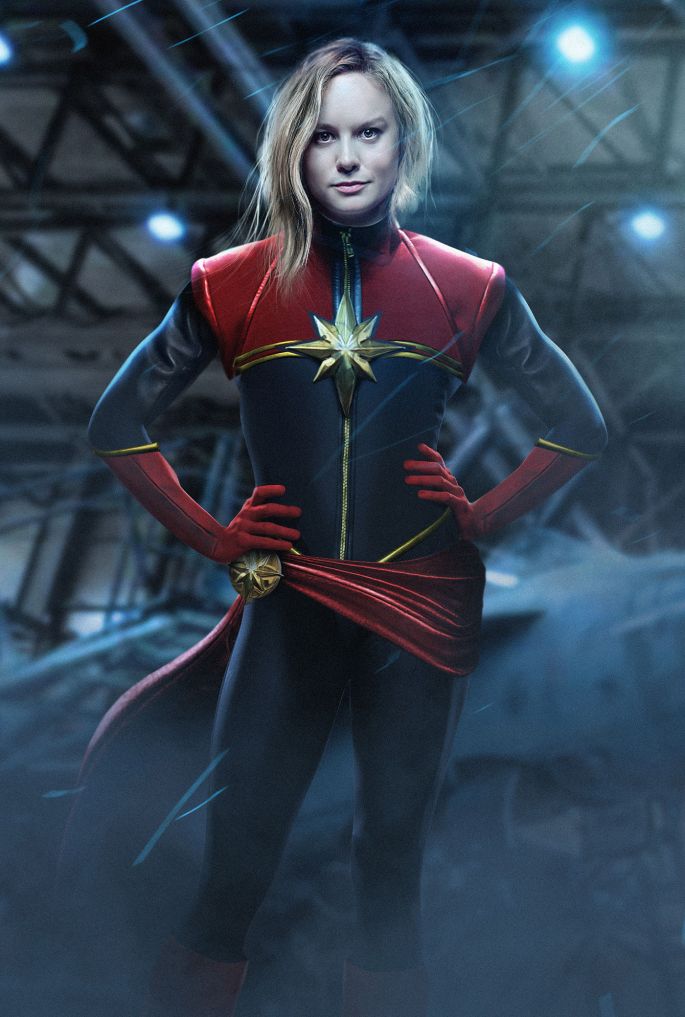 We are getting some plot information on the highly anticipated Brie Larson led, Captain Marvel film.

Now According to the MCU Exchange, they reached out to a trusted source who gave them the information about the Black Order being Thanos’s children before it was officially announced. Now, they have been given word on a few things regarding the Captain Marvel film and the plot elements along with it.

Now as many have speculated but seems this is what’s happening, the film will have a large focus on the Skrulls and Kree races and, in connection with the latter, the film will introduce the character known as Mar-Vell, the first Captain Marvel who has quite the history with Carol Danvers and is one of the factors which imbued her with extraterrestrial abilities and is one of the few comic characters who has managed to stay dead ever since he passed away from cancer in The Death Of Captain Marvel. 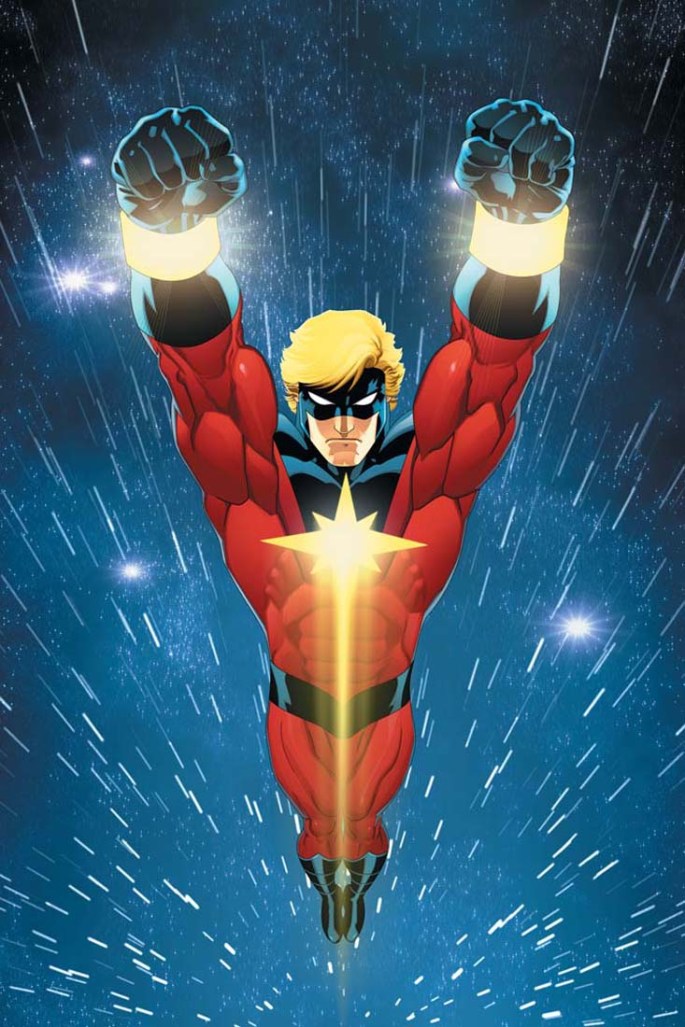 Next, is that Carol Danvers will have operated as her former alias Ms. Marvel before her title change and that there will be multiple references to that time along with a look of her first costume. This is amazing news.

Let us know what you all think and does this hype up your expectations. 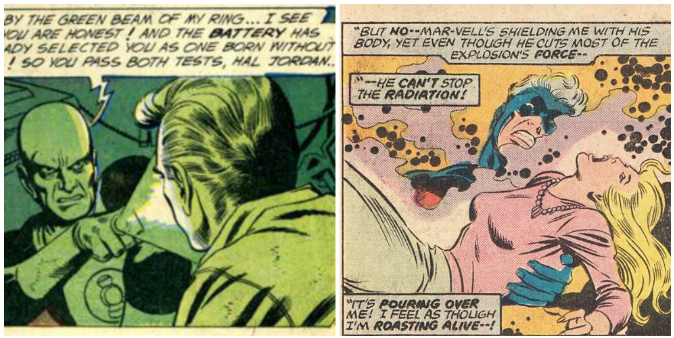 Thanks to the r/Marvel Studios subreddit, a recent podcast that hosted Nicole Perman, one of the co-writers of the Captain Marvel script (along with Meg LeFauve) has been spreading like wildfire across social media (truly, there’s no hiding on the internet).  Perlman actually started out at Marvel in their Writer’s Program and wrote the first draft of Guardians of the Galaxy, which underwent an expansive rewrite after James Gunn was hired.  Though she maintain a co-writer credit on that film, Gunn has previously gone on record as stating that he pretty much reworked all of the characters and most of the story and pretty much maintains that he’s the sole writer of the film that made it to theater screens.  But unless history repeats itself and Marvel hires another writer-director for Captain Marvel, Carol Danvers’ origin film will be the undisputed work of a woman (or women if we’re being particular).

As for her guest spot on the podcast,  Perlman disclosed that how Danvers acquires her abilities will differ from the “Kree radiation” origin of the ’60s.  Caught in a blast from an exploding Kree machine, the Kree warrior Mar-Vell saves Danvers’ life by shielding her with his body only for the subsequent radiation to transfuse his Kree physiology into Danvers, giving her his superhuman abilities.  In short, an alien comes to Earth and through extenuating circumstances, passes his abilities on to an unassuming human.  At face value, that’s pretty similar to the origin story for Green Lantern Hal Jordan.  According to Perlman that’s something that will need to be tweaked for the Captain Marvel film.

“I don’t think I’ve ever had a project where I’ve been more mindful about the impact that it could have and the importance of it. She’s such an incredibly kick-ass character and Kelly Sue DeConnick did a great run with her story arc recently. But here’s the thing, if you were just going to do a straight adaptation of the comics, her origin story is very similar to Green Lantern. And obviously, that’s not what we want to do. There’s a lot of reinvention that needs to happen. And also, she’s her own person and she’s a great character. We have to be aware of what’s happened in other Marvel film and makes sure that her particular storyline is unique and fun and also fits in within this world that’s going on at the same time. It’s a little bit of an interesting story gauntlet. It’s been good to have a partner. It’s been an incredible experience. If we can pull it off it could be an incredibly important but also really fun and kick-ass superhero film.”

Based on Marvel Studios’ previous work, it’s probably safe to say that every comic book fan expected the origin to be changed, the question now is to what degree?  What do you think is the best way to tweak Carol Danvers’ origin? Should they skip Mar-Vell’s introduction altogether? Let us know your opinions in the comment section below.
Captain Marvel will arrive in North American theaters on March 8, 2019.