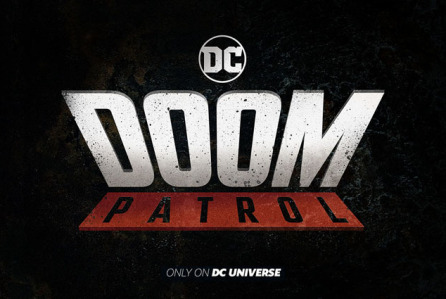 It is no secret that Greg Berlanti is the King of the DC tv universe. With 5 shows currently on the CW renewed for new seasons and Titans heading to the DC Universe streaming platform why by any means would he ever slow down. This news proves that he definitely is not losing any steam.

Berlanti has partnered once again with Warner Bros and DC entertainment have been given a 13-episode direct-to-series order to hour long live-action drama Doom Patrol. It is set to go into production this year with its release in 2019 on the DC streaming platform.

The synopsis of the series Doom Patrol is going to be a re-imagining of the beloved group of outcast Super Heroes: Robotman, Negative Man, Elasti-Girl and Crazy Jane, led by modern-day mad scientist Dr. Niles Caulder (The Chief).  For those who do who the Partol are, The Doom Patrol’s members each suffered horrible accidents that gave them superhuman abilities — but also left them scarred and disfigured. Traumatized and downtrodden, the team found purpose through The Chief, who brought them together to investigate the weirdest phenomena in existence — and to protect Earth from what they find. Part support group, part Super Hero team, the Doom Patrol is a band of super-powered freaks who fight for a world that wants nothing to do with them.

The series is set to pick up after the events of the Titans series and the heroes are going to be “united” by Cyborg. Now that doesn’t mean if we will or won’t see Cyborg in the Titans series.

Jeremy Carver (Supernatural) will pen the series based on the DC characters originally written and drawn by Arnold Drake, Bob Haney and Bruno Premiani.

Are you excited for this or what?!?! Let us know what you think.