It is no secret that during this years Arrowverse crossover, ELSEWORLDS that one main thing people were looking forward to was seeing Ruby Rose don her own cape and cowl as a new protector of Gotham City.  The debut definitely came off as a success as many people were praising Rose’s performance. Now the hope in which many had as seeing Rose’s Kate Kane in her own series is one step closer as The CW has now ordered a full pilot episode. David Nutter (Game of Thrones, Arrow, The Flash) has been tapped to direct the pilot in consideration for next season.

Batwoman as a series is historic within itself because it marks the first gay lead character -male or female in a live-action superhero series. In the upcoming drama, Kate Kane (rose) is armed with a passion for social justice and a flair for speaking her mind and not pulling punches. Kane soars onto the streets of Gotham as Batwoman, and out lesbian and highly trained street fighter that is primed to snuff out the failing cities criminal resurgence. But don’t call her a hero just yet. In a city desperate for a savior, Kate must overcome her own demons before embracing the call to be Gotham’s symbol of hope.

if you missed the annual crossover that aired this past December, The CW will re-air on the network starting next Monday. 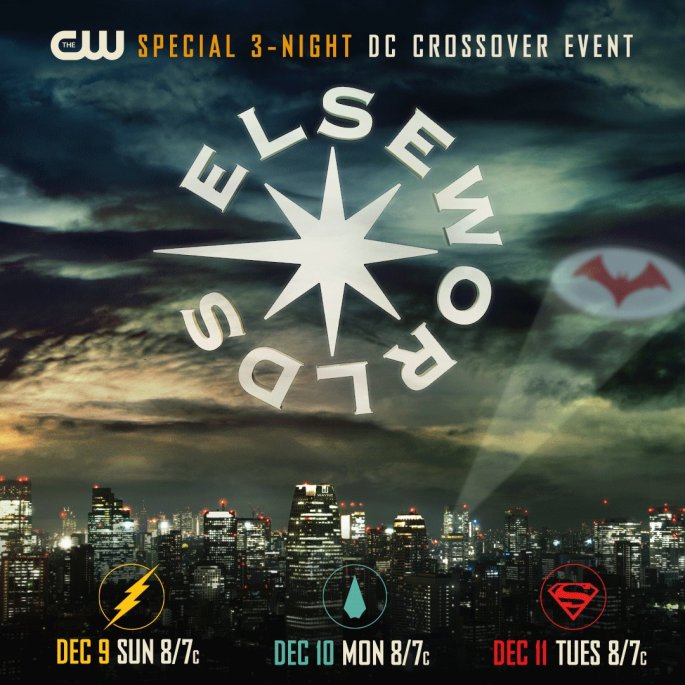 As if the Arrowverse Crossover couldn’t constantly pump up its fan base, the producers and writers have done it again.

The Green Arrow himself, Stephen Amell posted to his Instagram account that legendary film director, Wes Anderson will be directing one of the episodes for the CW cross over titled “Elseworlds”.

Check out the post below and be sure to leave your thoughts. 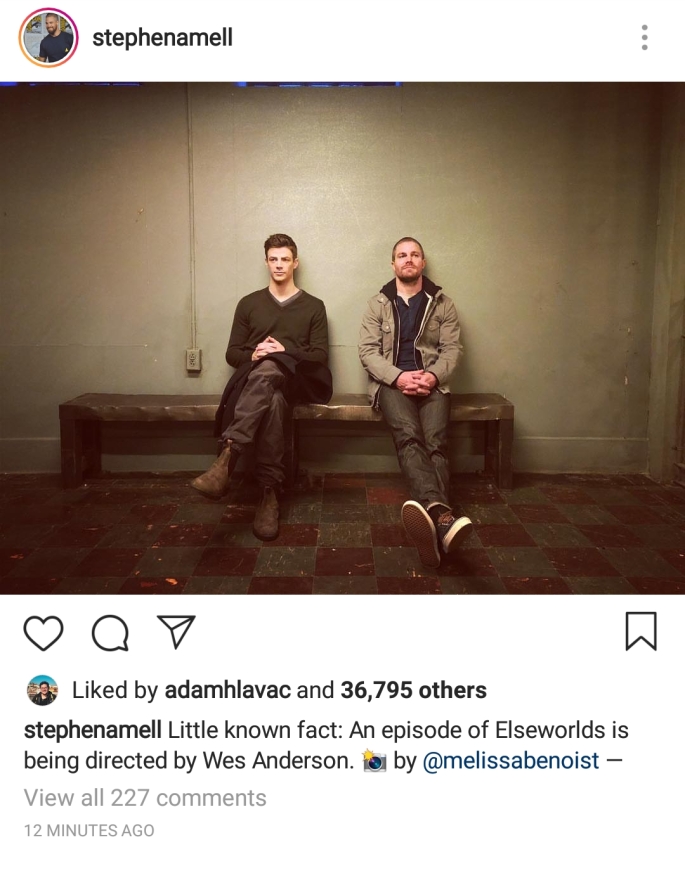 It seems as if every other day we are treated some new photos which raise the anticipate for the Arrowverse crossover “Elseworlds” that is arriving in December. From Batwoman, to the black suit superman, to Oliver Queen and Barry Allen swapping superhero suits. It seems that once again the annual event is going to be another blast to behold.

That brings us to the newest addition of BTS photos and this one is jaw dropping. Check it out for yourself.

Not only do we have Melissa Benoist in her Supergirl uniform, but we get the aforementioned Stephen Amell as Oliver Queen in the Flash uniform and Grant Gustin as Barry Allen in the Green Arrow suit. But the best part of it all is that is appears we have John Wesley Shipp in his 1990’s throwback Flash suit. 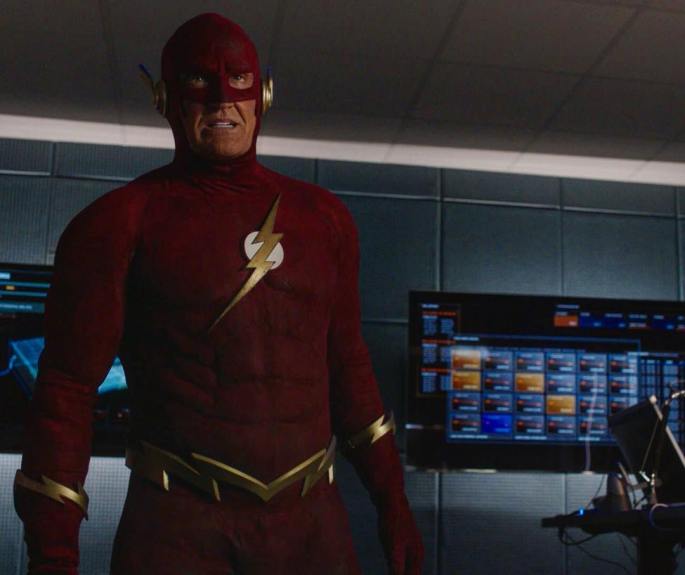 Are you as excited as we are for this event? 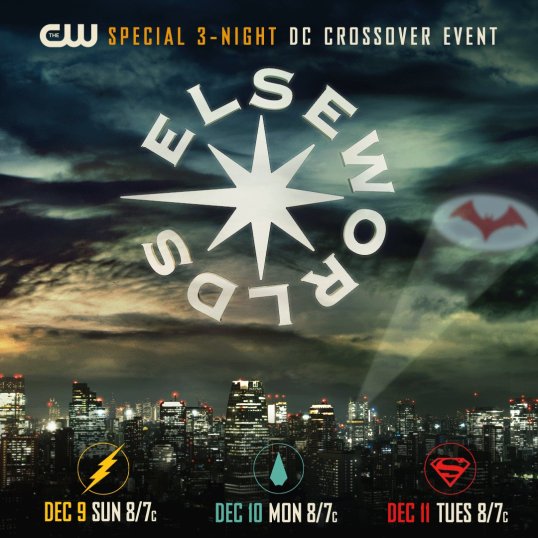 More pictures are being released from behind the scenes filming of this years annual Arrowverse crossover. We recently saw Tyler Hoechlin as Superman in his black suit and now we have our first full looks at Stephen Amell and Grant Gustin in each others respective suits.

Check out the new Scarlet Speedster and Emerald Archer in the pictures below.

We have already been told that during this years Arrowverse crossover in December we will be getting the debut of Ruby Rose as Batwoman, Elizabeth Tulloch as Lois Lane and Arrow star Stephen Amell’s wife Cassandra Jean Amell will make her debut as Nora Fries the future Mrs Freeze. Along with that we will see the return of Tyler Hoechlin as the Man of Steel.

A photo from behind the scenes of the filming the crossover shows us Hoechlin in the black superman suit standing with Grant Gustin and Stephen Amell. The photo was taken and posted on the Green Arrow’s himself twitter.

A big question is what are the circumstances that put Kal-El in the different suit. Only time will tell.

“Elseworlds,” this year’s Arrowverse crossover event, will begin with The Flash on Sunday, Dec. 9 at 8 pm ET, continue with Arrow on Monday, Dec. 10 at 8 pm ET and end with Supergirl on Tuesday, Dec. 11 at 8 pm ET.