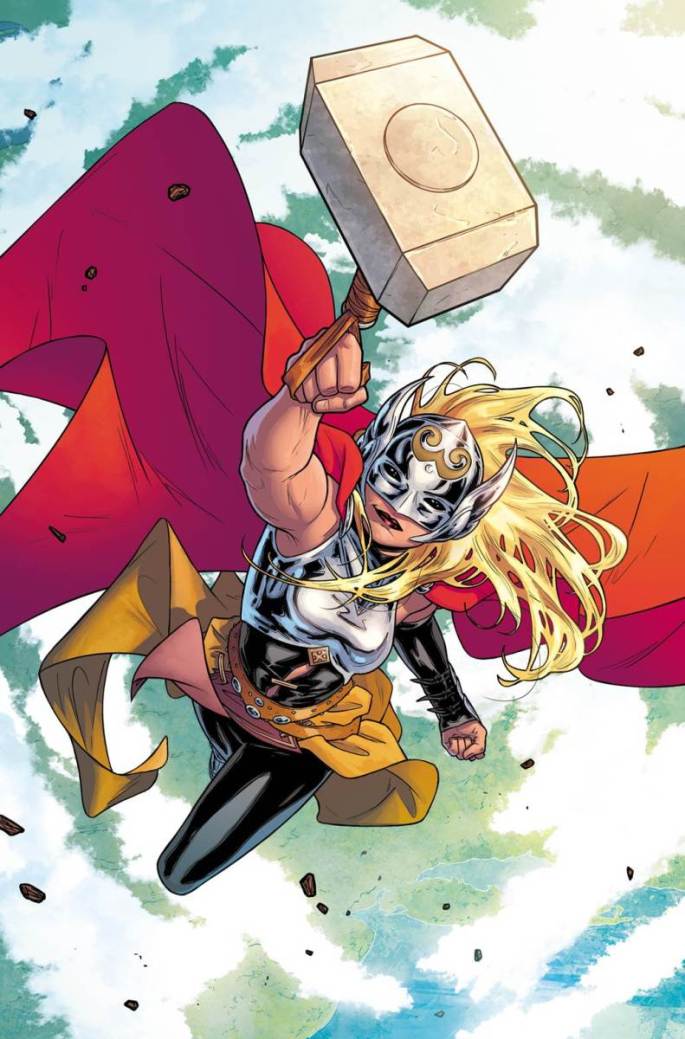 Since her inception in the comic books, Jane Foster as Thor has made waves and people want to see more of it even the potential of her inclusion into the Marvel Cinematic universe.

Well Marvel president Kevin Feige recently  discussed the potential arrival.  Feige has stated that the Marvel Cinematic Universe will look very different after the untitled Avengers 4 which is currently in production.  Not only that, with actors like Chris Evans and Chris Hemsworth whose contracts are ending soon, we may see a new generation of Marvel heroes coming up to the stand.

Feige has said, “We always look back to the comics to get those ideas, […] sometimes very specific storylines like ‘Civil War,’ sometimes just nuggets or characters like ‘Planet Hulk.’” Feige continued, “So anything that’s happened in the comics, even a female Thor, become great potential and the ideas from which future movies can be born.”

If that happens then its incredible step forward and who knows, we could hopefully see the inclusion of Riri Williams -IronHeart