Filming is well underway in London on the Spider-Man spinoff film Morbius starring Jared Leto as Morbius, the Living Vampire. Over the weekend while filming in the United Kingdom a set photo came out that has a nod or Easter Egg to a very popular Spider-man Villain. 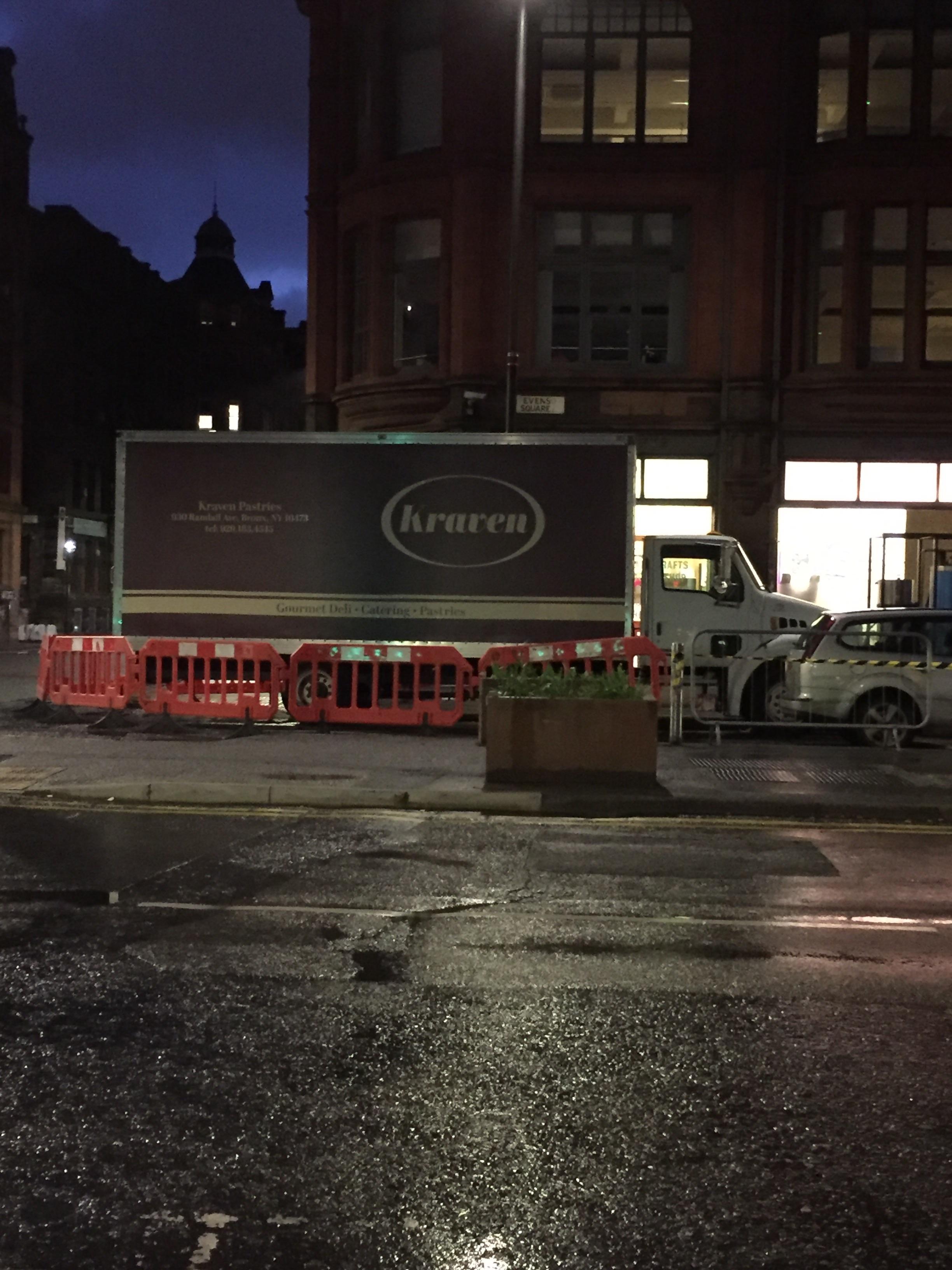 As you can see YES that is Kraven pastries on the side of the truck and can possibly be referencing Kraven the Hunter.

Now just looking at this it does not GUARANTEE that the legendary lion mane draped hunter will be appearing in the spin-off film however it could be connecting to what is going forward. In case you did not know Sony is currently developing a solo Kraven the Hunter movie as well. There is a screenwriter attached in Richard Wenk who wrote The Equalizer 2.

Aside from being a hunter in the comics Sergei Kravinoff is also a man of wealth and means and this could be one of many business ventures.  Also given that Michael Morbius’ story is based around him being a biochemist who transforms himself into a living vampire this may also some how tie into the serum being developed that gives Kravinoff his enhanced skills and abilities.