The third season of DC’s Legends of Tomorrow was a perfect culmination of another hilarious and adventurous trek through time and history with unexpected implications. We saw all six of the totems of Zambesi be used to form a giant Beebo to defeat Mallus (even though many of us were really hoping for Voltron) and once our heroes seemingly with the new inclusion of Wally West (Keiynan Lonsdale) were able to relax knowing time had been restored.

That was until John Constantine (Matt Ryan) showed up with a dragon’s head and informed the captain, Sara Lance that upon freeing Mallus they opened up time and history to an entire new horde of threats. The season finale also saw “Vixen”, Amaya return home to her village in Zambesi to her rightful place in time and leave her budding relationship with Nate Heywood.

Now this sounds pretty much simple as to guess how we would be rolling into season four, right? Well maybe not, a new synopsis of Season 4 has been released as well as a poster of the team that may raise a few eyebrows. Check out the synopsis below.

After defeating the demon Mallus by cuddling him to death with a giant stuffed animal named Beebo, the Legends are ready to ease off the gas. Sara (Caity Lotz) and her team join Ava Sharpe (Jes Macallan) and the Time Bureau to help clean up the last few remaining anachronisms. The job seems straightforward enough until Constantine (Matt Ryan) arrives to inform them that, in solving one major problem, they have created another, much larger one. When the Legends let time crumble in order to release and defeat Mallus, the barrier between worlds softened. History is now infected with “Fugitives” – magical creatures from myths, fairytales, and legends. Having been expelled throughout time by people like Constantine, these Fugitives are now returning to our world in droves and making a real mess of things. As the Time Bureau is distrustful of and ill-equipped to deal with magic, the Legends must team up with everyone’s favorite demonologist to set history back on track.

Sara and Constantine are joined by compassionate inventor Ray Palmer (Brandon Routh), hotheaded ex-con Mick Rory (Dominic Purcell), rebellious totem-bearer Zari (Tala Ashe), and heartbroken historian-turned-superhero Nate (Nick Zano) as they set out to save the world – and their legacy. It’s the familiar fun of the Legends time-travelling across historical events and encountering famous figures with an added shot of magical craziness!

Now if you noticed, Ava Sharpe is not in the poster, more than likely her full duties as director of the Time Bureau may keep her not as involved even though its been stated that she will indeed return as a series regular for this upcoming season. Also not in the poster is Wally West. It was said that he is supposed to be a regular on the show but could he possibly be returning to The Flash??.

Another item that has piqued interest is the inclusion of Amaya in the poster but not in the synopsis. How might that play out when we was saw her she was stating that she wanted to stay with her village.

Are you excited for the next season of DC’s rag tag band of heroes?  DC’s Legends of Tomorrow returns on Monday’s in October. Let us know your thoughts. 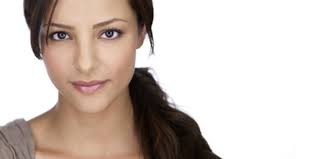 “Arrow” star Stephen Amell tweeted out this epic pic which may be a precursor of things to come on the EPIC 4-night crossover event featuring all of the shows within the “Arrow-verse” (Arrow, The Flash, Legends of Tomorrow and Supergirl).

Now its way too early for them to be filming those particular episodes. So this may mean a select handful of heroes have been brought together for something (a photoshoot most likely) before that all goes down.

As seen above , Stephen Amell has shared an image of some famous feet as we see the footwear worn by Oliver Queen, The Flash (Grant Gustin), Supergirl (Melissa Benoist), White Canary (Caity Lotz), and The Atom (Brandon Routh). This is a pretty fun tease of what’s to come on The CW, and with any luck, we’ll get to see what this impressive group were brought together for sooner rather than later.