LEGION on FX ended last night and while many were upset to see the brilliant show by Noah Hawley go away there was still a bit of hope he would stay around the marvel world with his DOCTOR DOOM movie script. The film which was said to be a unique take on the origin story of the super villain and not have any involvement of the Fantastic Four had many excited to see what Hawley would bring.

Unfortunately it seems that the excited which has been built up now must be cast to the side as Hawley in a recent interview revealed that the movie is “done” and that he has no idea whether Marvel Studios is interested in moving forward with his take on the ruler of Latveria.

“I mean, where it stands is now that the movie is done and Legion is done and I’ve taken a little time off because someone told me there was this word “vacation,” which means you don’t work, which sounded really interesting to me. But you know, I need to circle back to them and announce that I would love to make it and figure out if that’s something that is possible. Whether or not they already have a plan in place for what to do with those characters or whether they’re open to my kind of vision for what to do with those characters. But it’s sort of on me right now to go push them, which I will do as soon as I come up for air.”

Well that is a sad thing to here because we can be pretty much certain that Marvel studios big boss, Kevin Feige has no plans for a Victor Von Doom solo movie heading into phase 5 of the MCU and with the Fantastic Four set to make their arrival soon its a sure bet a solo movie based around their nemesis would be a focus. Not to mention Doom may not be big enough of a threat to carry over on a major level the way in which we saw Thanos.

Of course, this doesn’t completely remove a chance that Hawley ends up doing something in the MCU, but just like that MULTIPLE MAN movie and the mysterious Kitty Pryde project, it seems Doctor Doom solo outing will not happen.

The premiere date for the final season of LEGION on FX was recently announced. That date is June 24th and now we are blessed with a new poster that pretty much accurately describes the crazy mental voyage that the show has been.

The poster itself most definitely does confirm that David Haller’s (Dan Stevens) final bow will be one hellluva psychedelic trip. Outside of Haller, the poster also features Syd Barrett (Rachel Keller), Lenny Busker (Aubrey Plaza), and the Shadow King (Navid Negahban), who will all have a key role to play in the coming final season, 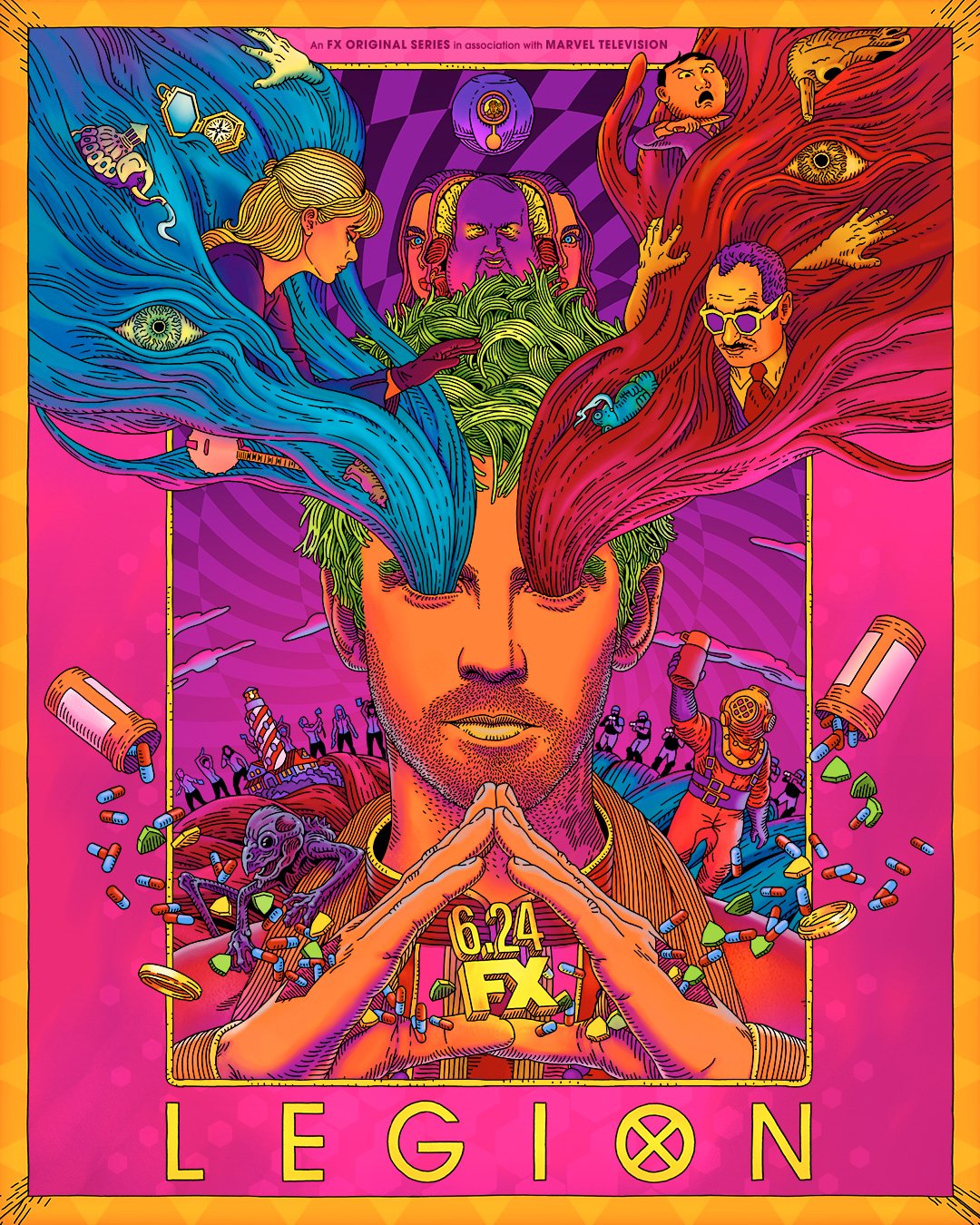 One of the bright spots within Marvel Television is coming to a conclusion and now we know the premiere date for the countdown to the end of Legion on FX. Marvel television and Netflix have announced that the long awaited return will happen on Monday, June 24.

Now after the incredible events that surrounded the second-season finale which included David Haller  (Dan Stevens) being revealed and the ACTUAL Villain of the show, left many people in shock. Everyone will now be able to see how it all unfolds  when it picks back up with David and his new ride or die in Lenny played by the phenomenal Aubrey Plaza.  All the while those at Summerland including both Syd (Rachell Keller) and the Shadow King (Navid Negahban) work together to figure out how to stop the OMEGA-LEVEL mutant.

The final season also features will also have some new additions that introduce us to David’s parents in Gabrielle and Professor Charles Xavier in Stephanie Corneliussen (DC’s Legends of Tomorrow) and Harry Lloyd (Game of Thrones) respectively.

Legion, based on the Marvel Comics by Chris Claremont and Bill Sienkiewicz, is the story of David Haller (Dan Stevens) – a troubled young man who may be more than human.

Diagnosed as schizophrenic as a child, David has been in and out of psychiatric hospitals for years. Now in his early 30s and institutionalized once again, David loses himself in the rhythm of the structured regimen of life in the hospital: breakfast, lunch, dinner, therapy, medications, sleep. David spends the rest of his time in companionable silence alongside his chatterbox friend Lenny (Aubrey Plaza), a fellow patient whose life-long drug and alcohol addiction has done nothing to quell her boundless optimism that her luck is about to change. The pleasant numbness of David’s routine is completely upended with the arrival of a beautiful and troubled new patient named Syd (Rachel Keller). Inexplicably drawn to one another, David and Syd share a startling encounter, after which he must confront the shocking possibility that the voices he hears and the visions he sees are the result of him being a mutant.

A haunted man, David escapes from the hospital and seeks shelter with his sister Amy (Katie Aselton). But Amy’s concern for her brother is trumped by her desire to protect the picture perfect suburban life she’s built for herself. Eventually, Syd guides David to Melanie Bird (Jean Smart), a nurturing but demanding therapist with a sharp mind and unconventional methods. She and her team of specialists – Ptonomy (Jeremie Harris), Kerry (Amber Midthunder) and Cary (Bill Irwin) – open David’s eyes to an extraordinary new world of possibilities.

The end of the intense second season of LEGION on FX saw David Heller (Dan Stevens) teleported away with Lenny (Aubrey Plaza) in tow.

We are not sure yet as to what the upcoming third season will hold but what we do know is that David is getting some additional help.

It has been announced that former reality TV star turned actress Lauren Tsai has joined the cast of season 3 in the role of Switch, a mutant “whose secret ability serves as the key to executing David Haller’s plan.”

In the comics, Switch was a member of the villainous group known as The Hellions, who had the ability to switch minds with an individual and possess their body. Given this has been a major element within the show due to the Shadow King constantly switching bodies it will be interesting to see how this plays out. 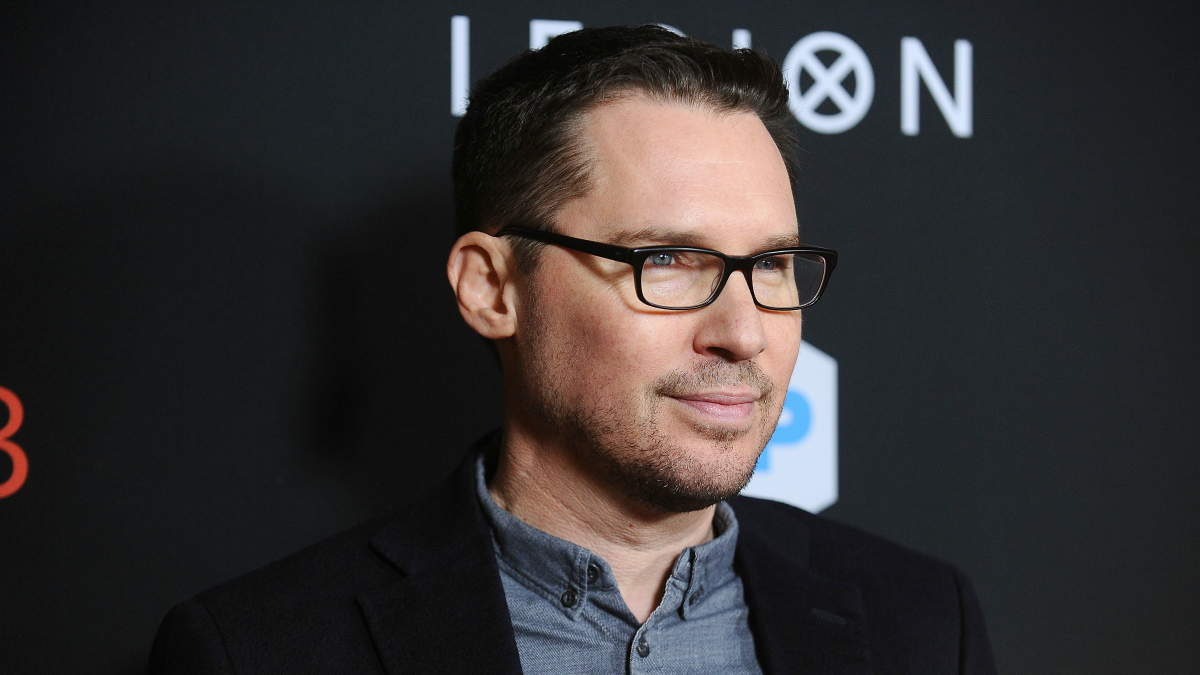 The Legion panel ended with a pretty major news drop (well, two) as FX officially revealed that Saïd Taghmaoui has joined the season two cast as Amahl Farouk, a.k.a. the Shadow King.

Season two plot details were kept under wraps, but Hawley did cryptically tease that they are working on possibly introducing David Haller’s famous father, Professor X. We also learned that the second season will consist of ten episodes, which are expected to debut early 2018.


Taghmaoui is coming in hot after a scene-stealing performance as Sameer in Patty Jenkins’ Wonder Woman and his past credits include American Hustle, Three Kings, The Infiltrator, G.I. Joe: The Rise of Cobra, and Lost.