We are quickly approaching the 5th season of SUPERGIRL on The CW. It has alreasy been revealed that the girl of steel (Melissa Benoist) will face multiple villains this season and we now know who that first one will be and who will be portraying them.

Jennifer Cheon Garcia (Van Helsing) will suit-up as Midnight, who is described as “the physical manifestation of darkness” and “a murderous villain released from an otherworldly prison to enact revenge against the person who put her there.” as first reported by Variety. Now more than likey this will be a take on minor cybernetic villain M1dn1ght the comics, but it is not specified.

It was also revealed at SDCC that Julie Gonzalo and Staz Nair have also joined the cast as Andrea Rojas (a.k.a. Acrata) and William Dey, respectively. 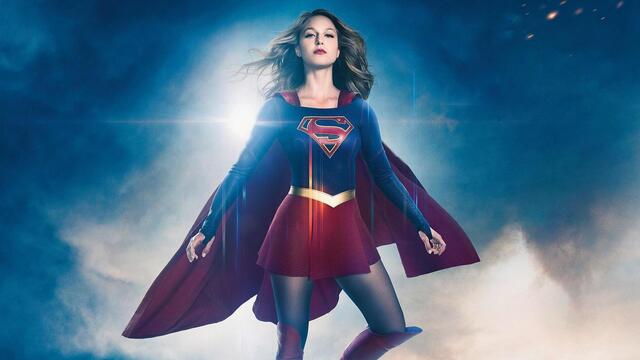 The CW has finally unveiled its fall premiere slate for the upcoming 2019/2020 television season, and it’s shaping to be a big October as the network prepares to bid farewell to one of its flagship superhero series while launching a brand new show set in Gotham City.

The Ruby Rose-fronted Batwoman will host its series premiere on Sunday, October 6th at 8 pm, followed by the fifth season premiere of the Melissa Benoist-led Supergirl at 9 pm. Then, The Flash, which stars Grant Gustin as the Scarlet Speedster, returns two days later on Tuesday, October 8th.

The ten-episode final season of the Stephen Amell-led Arrow debuts the following week on Tuesday, October 15th at 9 pm and finally, Cress Williams’ Black Lightning returns for its third season on Monday, Oct 21 at 9 pm.

The CW is saving DC’s Legends of Tomorrow season four for midseason.

It seems as if every other day we are treated some new photos which raise the anticipate for the Arrowverse crossover “Elseworlds” that is arriving in December. From Batwoman, to the black suit superman, to Oliver Queen and Barry Allen swapping superhero suits. It seems that once again the annual event is going to be another blast to behold.

That brings us to the newest addition of BTS photos and this one is jaw dropping. Check it out for yourself.

Not only do we have Melissa Benoist in her Supergirl uniform, but we get the aforementioned Stephen Amell as Oliver Queen in the Flash uniform and Grant Gustin as Barry Allen in the Green Arrow suit. But the best part of it all is that is appears we have John Wesley Shipp in his 1990’s throwback Flash suit.

Are you as excited as we are for this event?

Believe it or not Melissa Benoist may not have been the original choice to don the cape and become the girl of steel, Gemma Atkinson (Emmerdale, Strictly Come Dancing) was rumored to have read for the part.

Now this hasn’t been proven 100% but the British actress has now shared some very nice fan-art that makes a lot of people including us here at the Trusty Sidekick believe she’d be a pretty solid choice to Kara’s alternate universe counterpart, Power Girl.

Check out the tweet below and let us know would you like to see Gemma in the role.

Thank you Jeff Chapman for turning me into Power Girl! I love it 🙌🏽 pic.twitter.com/BkgPMZfJ3t