It doesn’t seem to be slowing down or stopping for unbreakable Power Man more affectionately known as Luke Cage.

Now first this summer Luke will join forces with Matt Murdock, Jessica Jones and Danny Rand in Marvel’s The Defenders on Netflix and now production has begun on Season 2 of the highly popular series.

In the usual Marvel fashion we have no idea what’s going to happen in season two, but star Mike Colter has said it may deal with Luke’s public identity as the bulletproof hero of Harlem. And there has to be some effect from what happens in The Defenders.

Also expected to return are Simone Missick as Misty Knight, Theo Rossi as Shades and Alfre Woodard as Mariah Dillard.

Marvel’s Netflix series have a full slate planned for the next year. The Defenders premieres Aug. 18 followed by The Punisher later this year. Daredevil, Jessica Jones and Luke Cage will debut new seasons in 2018. 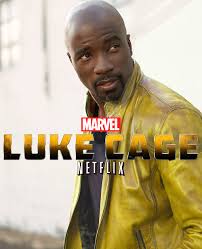 With less than a month to go to the release of Marvel’s Luke Cage, Marvel has decided to give the world a bit of a teaser treat. They have released an official clip that shows the POWER MAN in action.   The clip shows that there is a “funny” side to having indestructible skin.

The entire series is available on Netflix on September 30.