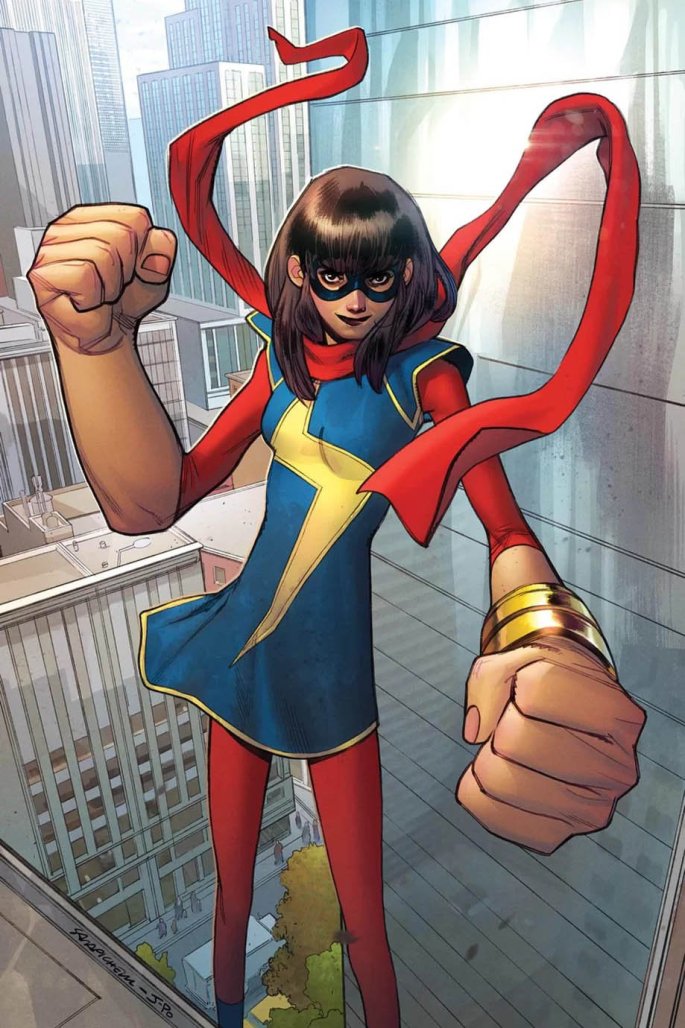 Even though it was extremely exciting to hear the Kamala Khan  would be getting her on show on Disney + in MS MARVEL there has yet to be word as to who would be portraying the superhero.

According to The Illuminderdi, both Red Dagger and Kamran are currently being cast for the series. Kamran is specifically named as an Inhuman in the breakdown. Now everyone who remembers (and more than likely wants to forget) the failed ABC show INHUMANS and how it seemed that they would never be spoken of again. Well it seems now that Marvel Studios has the reins of all of the properties a reboot can be given a chance.

For those unfamiliar with Red Dagger, aka Kareem,in the comics he is a student from Khan’s neighborhood in Pakistan who operates as a costumed vigilante by night. It’s said that there will be “an undeniable romantic connection between him and Kamala” on the show.

Kamran, meanwhile, shares an Inhuman bond with Kamala and becomes her ally before ultimately betraying her. Now this may or may not happen within the show but he is described as being a “morally corrupt Inhuman” in the breakdown.

The breaking says that Marvel is currently searching for two actors in the 17 to 25-year-old age range to play these Muslim supporting characters.

CAPTAIN MARVEL was a blockbuster success for Marvel Studios and now the superhero production studio is focusing on another marvelous hero.

Marvel is ,according to The Hollywood Reporter, developing a live-action series for the Disney+ streaming platform and will be based on its acclaimed comic MS. MARVEL, hiring writer Bisha K. Ali to write and act as showrunner. Ali is a comedian who is currently a staff writer on Hulu’s remake of FOUR WEDDINGS AND A FUNERAL.

There is the possibility that the official announcement could be made during the Friday presentation at the D23 Expo currently happening in Anaheim.

The latest version which many have gravitated to and wanted to see done as a live action series or film, is a teenager named Kamela Khan. Who’s identity as a Pakistani American, living in a religious family in New Jersey all while trying to find her own way, have been a major focus of the stories. Her powers have been described as polymorphous, meaning she has the ability to stretch and change her shape.

Currently there is no timetable set for the show and it unclear whether the show will fit into the larger Marvel Cinematic Universe as Marvel is developing several other shows for the streamer that will be tied to the overall film universe. These include THE FALCON AND THE WINTER SOLDIER, to debut in late 2020; WANDAVISION, to debut in spring 2021; LOKI, also for early 2021; and HAWKEYE, for late 2021.