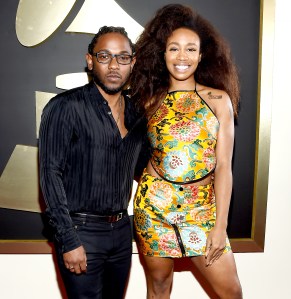 And this song ladies and gentlemen is what is known as a BANGER. The new track “All the Stars” is the lead single from the soundtrack of the  upcoming Black Panther film. The soundtrack is set to be produced by Kendrick Lamar with Anthony “Top Dawg” Triffith.

Kendrick said , “Marvel Studios’ Black Panther is amazing, from its cast to its director. The magnitude of this film showcases a great marriage of art and culture. I’m truly honored to contribute my knowledge of producing sound and writing music alongside Ryan and Marvel’s vision.” Lamar recently referenced Black Panther in the video for his DAMN. track “LOVE.”

You can check out the audio for “All The Stars” below and grab the Black Panther soundtrack when it comes out February 9th and see Black Panther in theaters February 16th.