The drama surrounding the CW’s BATWOMAN has been just as much as what’s in the show itself. From Ruby Rose’s departure as the lead character, to her reasoning being revealed, to news that now the show will replace Rose’s Kate Kane altogether with a new character as opposed to recasting, this story has been one worth following.

There is now another chapter to this tale thanks to The Cinema Spot. It is being reported that RIVERDALE star, Vanessa Morgan is being eyed to take up the mantle of the new Ryan Wilder character. Initially after the announcement to replace Rose was made, many fans began to push back especially on social media stating that they would not be watching the sophomore season.

It is worth noting that Morgan is the only black lead on RIVERDALE and she recently called out the CW for its sidelining of black leads:

Tired of how Black people are portrayed in Media, tired of us being portrayed as thugs, dangerous or angry scary people. Tired of us also being used as sidekick non-dimensional characters to our white leads. Or only used in the ads for diversity but not actually in the show.

We hear Vanessa. We love Vanessa. She’s right. We’re sorry and we make the same promise that we did to her. We will do better to honor her and the character she plays. As well as all of our actors and characters of color. CHANGE is happening and will continue to happen. Riverdale will get bigger, not smaller. Riverdale will be part of the movement, not outside it.

It was previously announced that, spoiler alert, Riverdale is set to do a time jump heading into Season 5. Therefore, it is likely that if Morgan gets the role of Ryan Wilder, her Riverdale character Toni Topaz will not be returning after the time jump.

Also it is being report that along with her audition, Vanessa Morgan will also be doing a screen test. This screen test will presumably be done with other members of the main cast.

Now just because she is screen testing it does not mean she is a lock and other actresses cannot audition for the role. The CW is looking for an actress who is younger than 30 years old, and “gets” Berlanti Productions and its culture.

Yesterday, many were shocked when they learned that Ruby Rose would be exiting the CW’s BATWOMAN . Of course there is speculation as to why it happened now thanks to a new report from TV Line it can be assumed that the parting was a mutual agreement.

It seems that Rose never got used to the long hours required to be the lead of a television show as well she did not really like well lets say never got adjusted to life in Vancouver where the show is primarily filmed.

According to TV Line’s source, “It wasn’t 100-percent her decision,” The source goes on further to say “It was a breakup. She wasn’t happy working on the show, and did that make her fun to work with? No. So everyone decided it would be in the best interests of the show, and for all concerned, if they parted ways. It just wasn’t a good fit.

Either way we may not know the full story until Ruby Rose gives her statement on this matter. But we do know that she will no longer be in the cape and cowl and come next season there will be a new Kate Kane.

Many of us kind of expected this would happen since the first time we saw Kate Kane (Ruby Rose)and Kara Zor El (Melissa Benoist) team up and fight together in the ELSEWORLDS crossover. But it seems as if the CW is putting a bit of a twist to our vision of a WORLDS COLLIDE.

The CW Chairman and CEO Mark Pedowitz revealed that the network planning a two-hour event pairing Superman and Batwoman will be coming together in a crossover event. Unfortunately given the events of COVID-19 we will not be getting it in December as we are used to see the crossovers happen. That more than likely it will happen either the first or second quarter of 2021.

“We’re still working on it. It will be a smaller event than usual, we’re only planning a two-hour event. We are talking about doing Superman and Batwoman together. There’s a lot of characters coming from our other shows,” Pedowitz said.

It was also recently announced that the newest CW superhero show SUPERMAN & LOIS will be going straight to series. So it seems as if this crossover may serve as the backdoor pilot for the series. Also it is worth noting that BATWOMAN has been renewed for a second season.

The CW is still stacking their roster for their upcoming SUPERMAN& LOIS series. Inde Navarrette has been added as a series regular opposite Erik Valdez and Emmanuelle Chriqui in the new superhero drama about the iconic DC couple, played by Tyler Hoechlin and Elizabeth Tulloch. Navarrette will play Sarah Cushing in the series.

SUPERMAN & LOIS will revolve around the world’s most famous superhero and comic books’ most famous journalist, as they deal with all the stress, pressures and complexities that come with being working parents of twin boys in today’s society.

Navarrette’s Sarah Cushing, the daughter of Kyle (Valdez) and Lana (Chriqui), is a whip smart, super cool wild child with some demons in her past who becomes friends with the Kent boys, Jonathan and Jordan. 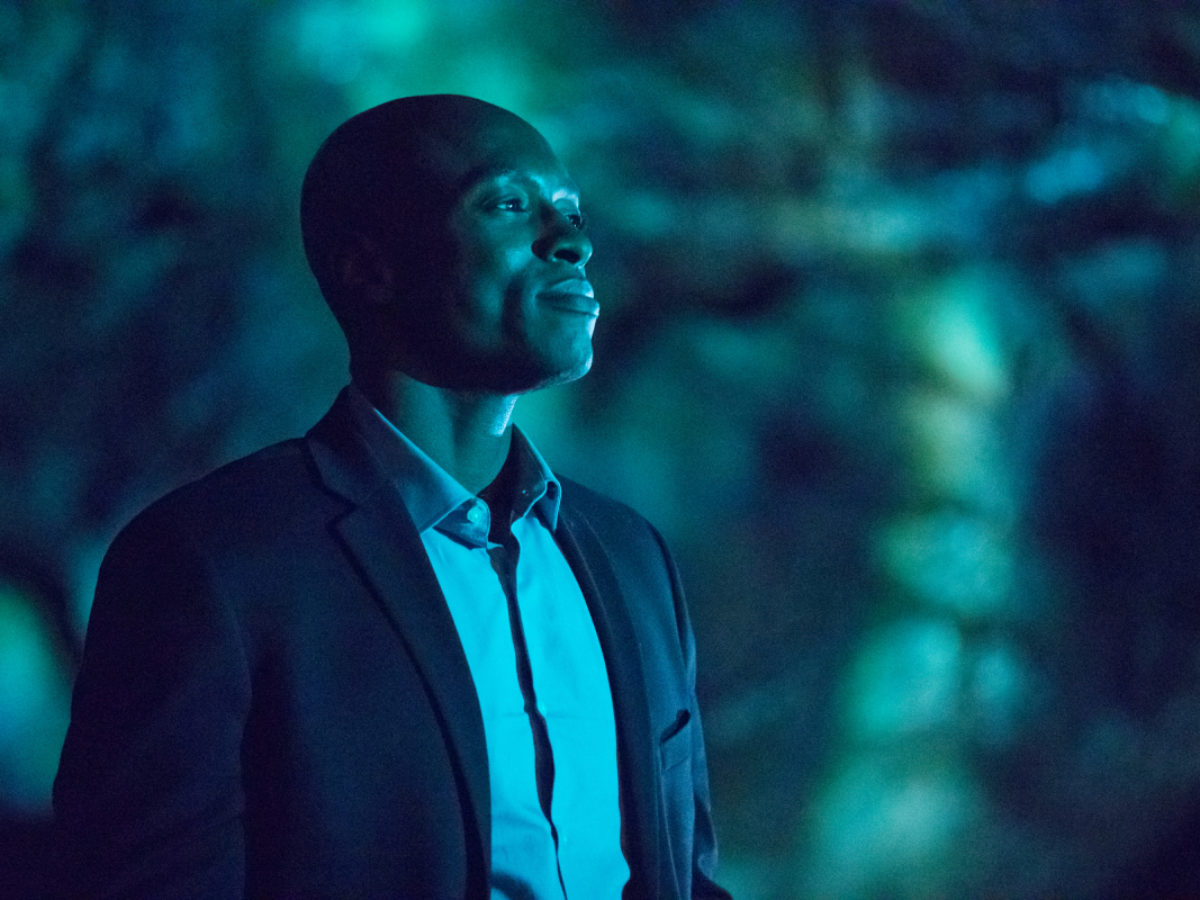 One part of this headline is a big “DUH” but the shock is the second half that many people were hoping would happen.

SWAMP THING after being officially cancelled by the DC Universe has now been acquired by the CW. CW just fresh off of adding the first two seasons of CBS All Access anthology Tell Me a Story, has licensed DC Universe’s Swamp Thing. No one knows yet when exactly the series will make its official debut on the network or if it just goes to the CW Seed app. There is now also the possibility of a resurgence on the show on the HBO MAX streaming platform.

SWAMP THING starred Crystal Reed as Dr. Abby Arcane and Derek Mears as the elemental and Andy Bean as the human version of Dr. Alec Holland.

For those who are wondering what caused the cancellation of SWAMP THING much of it was because of budget and tax breaks which were taken away in as well as the studio’s decision to bypass paying millions to store the show’s physical sets in North Carolina.

What would like to see happen with the series? Do you just want the initial episodes or pick up and keep the series going?

The resident super villain, Jay Washington is here with a preview to arguably the biggest crossover event ever, CRISIS ON INFINITE EARTHS on The CW. The epic team up will bring together the six lead heroes of the Arrowverse together for 5 shows (BLACK LIGHTNING, respectively will not be part of the crossover).

Jay goes into a brief breakdown of the Crisis on Infinite Earths story from the comics, its synopsis and how it will possibly be translated into television format.  Check out the preview below and Jay may also drop a brief spoiler or two. Enjoy.

What is set to be arguably the biggest crossover of all time is almost upon us. CRISIS ON INFINITE EARTHS will bring together iconic amd legendary characters from across the DC universe tv, film and even animated spectrum on the CW.

Falling within the Arrowverse, the crossover will span across 5 of the 6 superhero shows, ARROW, THE FLASH, BATWOMAN, SUPERGIRL & DC LEGENDS OF TOMORROW. Black Lightning will also be involved yet his respective show will not be included in the crossover.

The CW just released a new poster to promote the event and it is amazing. Check it out below.

In the middle of the poster in the midst of Lamonica Garrett as The Monitor, you’ll  notice it says “its the end….of the worlds”. In the comics the giant event lead to the erasure of all of the other worlds leaving all of the heroes of one Earth. Could that also be the fate of the Arrowverse after?.