We already know that Carnage played by Woody Harrelson will be the main villain in the Andy Serkis directed sequel VENOM 2. Now we are finding out that symbiote wielding serial killer will have company.

Shriek from the comics has been incorporated into the plot of the Venom sequel which due in theaters on Oct. 2, 2020. This makes perfect sense because of Shriek’s history  as the sonic-powered accomplice and romantic interest of serial killer Cletus Kasady, aka Carnage. It will be interesting to see the two of them torment Tom Hardy’s anti-hero, Venom

A little bit of backstory on Shriek she was a drug dealer named Frances Barrison  who became the volatile Shriek after severe trauma allow her latent mutant powers to emerge. In the comics, those powers include sonic energy blasts, flight, and the ability to stir up dark and violent emotions in others.

It was recently mentioned that Andy Serkis one of a few notable directors who were up for the job of helming the sequel to the success Sony Pictures, VENOM. Now it is official that Serkis will be directing the anti-hero sequel starring Tom Hardy as Eddie Brock, an out on his luck who is bonded with an alien symbiote that gives him superhuman abilities.

Serkis was among a handful of filmmakers that met with Sony earlier this month, a group that included “Bumblebee” helmer Travis Knight and “Rise of the Planet of the Apes’” Rupert Wyatt. Ruben Fleischer directed the first movie in 2018, but isn’t returning as he is in post-production on the studio’s ZOMBIELAND: DOUBLE TAP. Sony is hoping to begin production on the sequel this fall.

Even though Andy Serkis is Best known for his performance capture work in the “Lord of the Rings” and “Planet of the Apes” movies, Serkis has started moving behind the camera in recent years, most recently directing Netflix’s “Jungle Book” spinoff “Mowgli.” His other filmmaking credits include “Breathe” starring Andrew Garfield and Felicity Jones. He also is no stranger to the superhero world having played Uylsses Klaue in both  AVENGERS AGE OF ULTRON  and BLACK PANTHER. 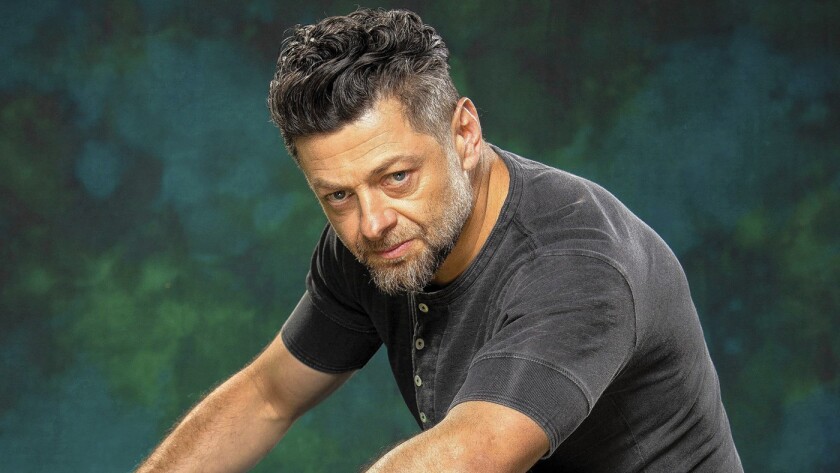 After a blockbuster debut that seemingly divided many but still silenced many doubters, Venom, the hit Sony film starring Tom Hardy is officially getting the go ahead for season two.

The studio has tapped Kelly Marcel, one of the screenwriters from the first movie, to pen to script. The news was first broken by Variety and it is also being reported that Marcel’s deal is a significant one even though and exact number has not been revealed.  She is also set to executive produce the follow-up.

Venom grossed a massive $855 million worldwide. The news comes after the studio recently dated an untitled Marvel sequel for October 2020. Fans were pretty much easily able to surmise that slot was for “Venom 2,” giving it the same release date as its predecessor

Michelle Williams is set to reprise her role for the sequel along with Woody Harrelson becoming Carnage in the movie. it is not known yet whether or not original film director Ruben Fleischer will return to direct the sequel due to the potential of him being busy with the Zombieland sequel.

Are you excited to hear that the ball is officially rolling with this? What are your feelings? Let us Know.

Sony is clearly keeping the ball rolling on their Marvel movie projects. Today they announced two dates for untitled marvel projects. They will release “Untitled Sony/Marvel” movie on 7/10/20 and “Untitled Sony/Marvel Sequel” on 10/02/20. Now we know that the Sony Marvel film Spider-Man Far From Home  is coming out in 2019 and we definitely will not get a follow up that soon, those two films are seemingly the Morbius: The Living Vampire film starring Jared Leto and Venom 2 – especially since the first one has dominated at the box office unexpectedly. This includes an incredible debut in China.

A prime summer slot like July seems like an odd choice for what many have assumed will be a horror movie in Morbius, but Leto is a big name and the studio will probably take it down the blockbuster route anyway.  Now Silver & Black was supposed to be one of the films but it had been pushed back and as it seems that’s obviously not happening now. The solo outings revolving around the two heroes are probably a good few years away.

The only superhero films that we know of in 2020 are Marvel Studios Black Widow and the Eternals as well as Warner Bros. Birds Of Prey. Clearly as of now with the Fox/ Disney merger there are not any of the Fox films on the horizon, this adds two more to the list which makes for a very interesting year.