As all we know, DC is expanding with its own online streaming service. A couple of the main focuses have been the debut of the live action Titans series and well as the return of the immensely popular Young Justice animated series. Well logos for those two series as well as the animated Harley Quinn series. Also heading to the platform is the superman prequel Metropolis But check out the logos for the aforementioned below.

More news has also surfaced about the new streaming service, as it was announced that Swamp Thing is being developed with director James Wan (Aquaman) set to become the executive producer.  It will also have Mark Verheiden (Battlestar Galactica, Netflix’s Daredevil) and Gary Dauberman (It and its forthcoming sequel) who are attached to co-write the script and serve as showrunners on the live-action drama.

Swamp Thing follows what happens when CDC researcher Abby Arcane returns to her childhood home of Houma, Louisiana, in order to investigate a deadly swamp-borne virus and in the process develops a surprising bond with scientist Alec Holland — only to have him tragically taken from her. Abby later discovers that the swamp holds mystical secrets, both horrifying and wondrous — and the potential love of her life may not be dead after all.

The property has been adapted multiple times over the years, that includes two feature films in the 1980s  In 1990, a  live-action TV series on the USA Network which ran for three seasons, and Fox producing a short-lived animated series in the early 1990s that aired in Canada after it was pulled from the schedule. (Syfy later aired it in syndication.) 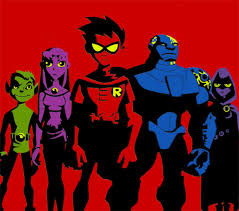