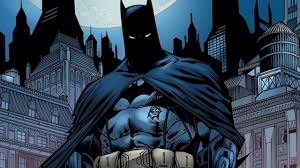 There was a wonder which era would Matt Reeves’ The Batman would take place. Now we know that it will indeed take place within the 1990’s and actually given what we do know it actually does work. Here’s some reasons why

In Batman V Superman it was discovered the Ben Affleck’s Batman had been fighting crime for over twenty years. This of course gives an opportunity for a younger Bruce Wayne and different adventures/setups to the universe. We also will be able to see the beginnings of the caped crusaders detective skills.

With a younger Batman will come a much younger Alfred and Commissioner Gordon which will mean that Jeremy Irons and J.K. Simmons respectively will be out as well for this film and possibly moving forward.

What do you think about this? Are you interested in seeing a noir based caped crusader film set in the 90s.